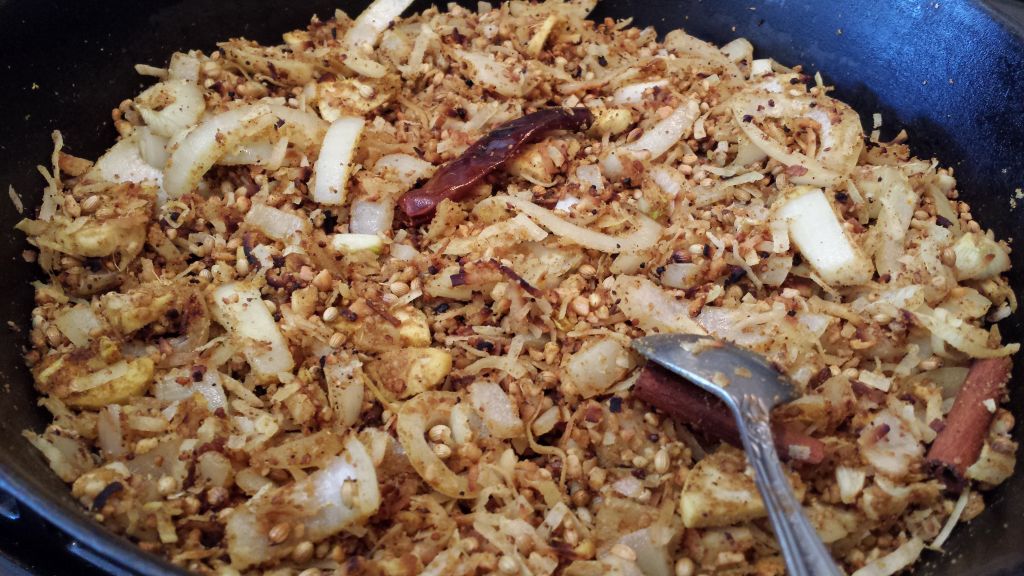 Last night, it was cold outside… The night called for red wine… and something savory to go with it. Indian curry sounded appropriate, coconut chicken biryani in fact… with a side of garlic naan.

I broke out the Indian cookbook and found a recipe. Now, I rarely follow recipes to the letter… I usually use them as ingredient lists. There are many variations to Indian chicken recipes so I’ll spare you my specific details and let you google your favorite Indian recipe.

Now, a quick naan recipe. I found and adapted the naan recipe from Wayward Spark. Really, this is a great naan recipe requiring simple ingredients. I substituted the white flour for wheat flour. I made this naan recipe just last night using a mixture of chickpea flour, almond meal, and wheat flour. It turned out fine… but I learned that you should cook the naan right after rising… and don’t try to hold it over to cook later. They made good dog biscuits. Fresh is best.

AllMorgan started as a family blog to keep extended family and friends around the world apprised on what's going on at our Indiana homestead. It always been a cross between a family diary and photo … END_OF_DOCUMENT_TOKEN_TO_BE_REPLACED